People have searched for the perfect office chair for decades, one comfortable, adjustable and easy on the back. Now some professionals are abandoning chairs altogether — in favor of parking their hind quarters on a giant rubber ball. Long used by fitness buffs and physical-therapy patients, those big spheres you see at the gym (commonly known as exercise balls) are rolling into an increasing number of workplaces as a seating option. Google Inc., a company that prides itself on its unconventional office culture, displays several balls on its campus in a recruitment video available online. But more-staid employers, including BMW AG and Bain & Co., the international consulting firm, are allowing employees to bring in balls or ball chairs for personal use as well. Manufacturers and distributors report that sales of the balls are up sharply. They even made an appearance on the TV show “The Office,” when one character, irritated by the incessant bouncing, stabs a colleague’s ball. Devotees say exercise balls, whose circumference ranges from about 18 to 30 inches, help improve posture and concentration. Sitting upright on them requires using abdominal and lower back muscles. Yet some ergonomists warn against balls in the cubicle. “The experience I’ve heard from people is that it’s difficult to use for a long time,” says Peter Budnick, president and CEO of Ergoweb Inc., an ergonomic consulting company in Park City, Utah. Sitting on the ball for hours at a time could cause people to eventually relax their muscles and slump forward, he says. The ball also lacks the adjustments that come with an office chair — there is no way to raise the height to fit the height of your desk and keyboard — and the ball offers no back or arm support. There are other potential complications. Adjusting oneself on the ball can be tough — especially for women who wear short skirts. Slouching can result in a tumble. It can also be an office safety hazard, says Andrew Concors, a physical therapist and certified industrial ergonomist at San Diego-based CPT Consulting.

He has had a couple of patients in the past who have ruptured their balls at home while sitting on them and Some employees at the New York office of Naked Communications, a London-based marketing-strategy firm, opt for exercise balls over desk chairs. doing exercises. The ball also has a tendency to roll, which could cause other employees to trip. Still, some workers say sitting on a ball makes them feel younger. “It kind of reminded me of when I was a kid,” says Patricia Harder, director of training and development at Healthtrax Inc., a Glastonbury, Conn.-based company that operates fitness and wellness centers. Ms. Harder bought a ball chair for herself a couple of years ago. When she began working at home, the chair went with her. Now, she says, sitting on regular chairs is a turnoff. Many employees supply their own balls at the office, but companies are starting to make them available, saying their oddity helps foster a creative environment and encourages better posture. Last summer, Sprint Nextel Corp. stuck about a dozen balls in its Overland Park, Kan., and Reston, Va., offices to inspire creativity among employees in the product-development group. The U.S. headquarters of Naked Communications, a London-based marketing-strategy consultant, purchased balls for eight or nine employees who requested them. Besides the physical benefits, the balls make work more entertaining, a company executive says. “We always have music playing, so you can bounce,” says Paul Woolmington, a founding partner of the firm, while bobbing up and down on a gray ball. He adds: “A lot of people like it because it does discipline you on your posture.” At BlueSky Strategies Inc., a communications-strategy firm in Toronto, employees have races on ball chairs, which roll easily, when they need a break from work. Sometimes they even do it backwards, says Ingrid Rubin, the firm’s president. Some medical professionals warn that while the ball can be beneficial for short periods of time, prolonged usage can result in exhaustion. “I see value in it for the younger person who can tolerate it,” says David Apple, medical director emeritus of the Shepherd Center, a hospital in Atlanta that treats people with spinal-cord injury and disease. But, he adds, “they may need to work up to having it for eight hours.” Also, he says that while the ball may help young people who are in shape, he wouldn’t recommend it for those over 50. “You have to maintain your balance. If you have to turn and answer the phone, you could conceivably fall off.” First introduced in the 1960s, exercise balls — also known as stability balls, Swiss balls and balance balls — have been used in gyms for years. More recently, technology companies brought them into the workplace.

In European classrooms, the balls are often used instead of chairs. Exercise balls, typically priced at about $25 — a bargain compared to $900 to $1,600 for an Aeron chair — is now making inroads into larger companies as well as U.S. schools. Last year, the Perkins Academy, a public school in Des Moines, Iowa, began offering the balls to 4th- and 5th-graders who obtain parental consent. Three balls have deflated in one 5th-grade classroom this year, although not while children were sitting on them. Shelly Johnson, the teacher, blames staples or other sharp objects. She says that children have rolled off the ball on occasion, but they have never received serious injuries. Ball Dynamics International LLC, a Longmont, Colo.-based company that manufactures FitBall brand balls in North America, has seen a 10% year over year increase since 2004 in sales of its ball chairs. Broomfield, Colo.-based Gaiam Inc. says it has seen sales of its balance ball chair — which is geared toward office users — nearly quadruple over the last three years. Other companies say that the growing popularity of Pilates — a workout regimen that makes use of exercise balls — is helping make the balls more popular. Stott Pilates, a subsidiary of Merrithew Corp., which sells Pilates videos and equipment, has seen an 82% increase in ball sales from 2004 to 2006. The company, which began offering the ball in 2004, sold more than 11,000 balls last year.

Some in the ball industry say that the benefits of the ball, which keeps people active while sitting, outweigh the concerns. “Because you buy a ball that fits your height and your frame and your size, you are sitting properly,” says Lisa Witt, founder of WittFitt LLC, a company that markets balance balls to schools and offices. She recommends that novices start out using the ball in 30-minute increments. Many people opt instead for “ball chairs,” which come with a frame and are consequently more stable and somewhat less eccentric-looking. In the corporate office of Food Fight Inc., a Madison, Wis.-based restaurant group, Lisa Schell and Brian Zach are the selfproclaimed ball-chair guinea pigs. The sight of the odd-looking chairs always draws comments from employees and mail carriers. Ms. Schell says. “I think people would like to have one, but they are afraid to have it.” In some offices, employees who sit in regular chairs are developing ball envy. At PJ Inc., a New York-based public relations firm, when a new employee showed up with a ball chair on her third day of work, people stared. “It was kind of like, who is this strange girl who brought a chair in with her?” says Charis Heelan, a coworker. “That was until we sat in it.” The employees are now fascinated with the space-age looking chair. It has also become a conversation starter when clients visit the office. “When she’s not at her desk, we all go and sit on her chair,” Ms. Heelan says. “There’s a bit of jealousy.” Write to Anjali Athavaley at anjali.athavaley@wsj.com Corrections & Amplifications: Exercise balls typically range from 18 to 30 inches in diameter. This article incorrectly states that their circumference ranges from 18 to 30 inches. 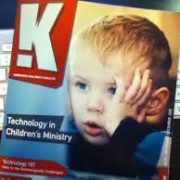 STABILITY IN THE CLASSROOM

BOUNCY BALL
HAVING A BALL IN SCHOOL.

INDUSTRY TREND – HAVING A BALL
Scroll to top