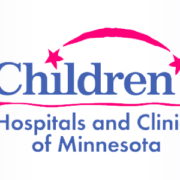 Our friends and families gave in ways big, small and surprising in 2012—from donating hundreds of hours, to hosting a birthday party in honor of Children’s, to buying a meaningful item from our Giving Store. When they gave to us, they gave to kids. Because here at Children’s, every cent is kid spent. During the next 12 days, we’ll show you how individuals, families and organizations gave to Children’s. We’ll post a new story each day here, on Facebook and on Pinterest. We hope these amazing stories will touch your heart as much as they have ours.

This past August, Lisa Witt was diagnosed with breast cancer. It was the kind of moment when “you realize you are not invincible,” she says. During a run one morning, she decided it was time to “pull it together.” She decided to run a half-marathon before her surgery to raise money. Though she was battling cancer, she thought about how heartbreaking it would be to have a child going through it. “Having two children of my own, I could relate to this fear. Our son Ian, now 6, was born with Down Syndrome and spent his first month at Children’s. That was scary enough,” she says. She raised $1,500, which was matched by her company WittFitt LLC, and donated it to Children’s. The money is being allocated to several programs including Art Out of the Box and The Cancer Kids Fund. “I wanted to have the money spent on making not only the kids’ lives better, but their parents’ lives easier as well,” she says. Dec. 23 We can’t do what we do without the help of some very special people.

So far in 2012, 1,699 volunteers have dedicated their time to Children’s. The dollar value of that time? More than $729,000! Those volunteers play video games with the patients, make arts and crafts in the Sibling Play Area, bring books to patient rooms, and offer storytelling time. Dec. 24 Fourth-graders from the International Spanish Language Academy in Minnetonka raised nearly $770 after opening Mercado Central, where they made and sold their own art work including jewelry, wood decoupage and drawings. Students also collected old books and had a smoothie stand for customers.

PHOENIXVILLE STUDENTS GET A BOUNCE FROM ‘EXERCISE SPHERES’ IN C...
Scroll to top