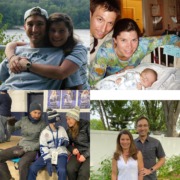 Disclaimer: As I was drafting this blog about our marriage, I figured it would be fair to ask Chad some questions, solicit his comments, and then provide my reader with a few quotes. Well, he wrote stuff, I tried to edit it, he couldn’t explain what he wrote, I got frustrated, he said, ‘okay forget it,’ and I wrote the whole dang thing myself.

“His arms are strong enough to hold every fear, every beautiful broken piece of me. This man doesn’t just make me feel complete, he completes me.”  – S. Marie

“Are you done talking yet?” Chad anxiously questions me, hardly able to contain his excitement to get the athletes moving. I was just as thrilled to start as he was, but it was I, not Chad, who spent months behind the scenes. I prepared the schedule, found the volunteers, secured the school/track, and sent out many emails to the team. Undoubtedly, I was rambling on, but I was thrilled to share the plan for our Special Olympics Track season with the athletes and their parents. His flippant comment irritated me and, without thinking, I shot him a nasty look, and made a snide comment about how all he has to do is just show up. As the hour progressed, my anger softened, watching him connect with each athlete with incredible passion. I was once again reminded why we are a great team: I play my role in preparing us to have a great season; and he steps in, leading each practice that pushes every athlete to be their best. We balance each other. Whether it’s coaching our amazing athletes, or raising Ian and Grace, our strengths complement each other, and I need to trust that.

Chad and I have been together for twenty-four years – which hardly seems possible. Those first few years were blissful – no kids – just working hard and playing hard. When we began to plan for a family, we talked about what that might be like, and what kind of parents we would be. Of course we are the best parents ever – until we have children that is. There is no way to know ahead of time, if we will see eye to eye about raising other little human beings. When Ian arrived in 2006, Grace was almost four. Naively, I figured we had at least the first few years of parenting figured out. Boy, was I about to be surprised.

When Ian was born, we may as well have tossed out the manual Parenthood with Love and Grace, and maybe adopt a more reasonable parenting guide called Fine. Whatever. Go Ahead. It appeared however, that Chad was writing his own manual: How a Calm, Cool & Collected Dad Faces Adversity.

Ian was born at Hudson Hospital in Wisconsin. We immediately asked if he had Down syndrome, which was indicated as a possibility in a triple screen test during my pregnancy. The doctors initially reported that he was perfectly healthy, with high APGAR scores. Fast forward 24 hours: my mom instincts kicked in, and I knew something was terribly wrong. The nurses were flustered, not able to figure out why he was unable to keep breastmilk down. He was rapidly losing weight, down to 4 pounds from 6, so a decision was quickly made to rush him by ambulance to Children’s Hospital. A few minutes after arrival, the doctor sat down and candidly informed us that, not only does Ian need intestinal surgery, but that he indeed has Down syndrome. Both pieces of information, we were hearing for the first time. The way Chad handled the news they delivered in the NICU, is as vivid now as it was fourteen years ago, and it was perfect. He sensed that my mind was traveling in a million directions, so immediately, he held my hand, and quietly whispered, “let’s just take one thing at a time.” There are probably only a few aspects of that first overwhelming week that I remember accurately, and this one was unforgettable. Chad’s words still guide me to this day.

Through multiple surgeries, the day-to-day challenges of Ian, and mounds of paperwork, his calm and practical approach has not wavered. The road with Ian would be unlike anything we had ever traveled. Yet right then, I knew with Chad by my side, it would all be okay. We were just scratching the surface of our journey…

After 21 days, our little 4 pounder finally said goodbye to the NICU, and our journey with Ian really began. Probably the most heartbreaking part for me, yet something Chad was able to accept more easily, was how quickly the gap widened between what Ian could do, compared to other kids his age. This slow developmental progression was always on my mind. I was obsessed with it. It was difficult for me to accept that he may not walk until closer to age three, or not be potty trained until age six or seven; especially after watching Grace breeze through these milestones. She was always my gauge, and that gauge was now shattered. I recognize now that I spent many years  – probably the first nine of his life – comparing Ian to others. Chad continued to remind me, “Ian. Is. Ian.”

Though Chad and I sometimes have varying approaches, I have discovered it is our differences that make our relationship work. Chad thrived on arming himself with as much knowledge as possible. He was always able to absorb the information from a practical, rather than emotional standpoint – as I tended to. While he was reading, I was probably off crying somewhere. I remember avoiding any kind of information. Perhaps some of this was denial, wishing I had a normal son, but it was also most definitely self-preservation. Reading too far ahead about what life might be like, with a son with Down syndrome, was just too much for me to process. Luckily for me, Chad could view the entirety of something, yet still manage to take it step by step. And when I was ready, Chad would share bits and pieces of that knowledge with me at the perfect time.

It took me years to find the balance between educating myself about Down syndrome, absorbing what I needed for our son and family, and not feeling overwhelmed by the enormity of it all. Ultimately, it was Ian who made me see that he is on his own path, one only Ian will pave. Over the last few years, I have witnessed the amazing things he is able to accomplish, such as  completing multiplication problems to playing hockey. I have become less worried about how he stacks up to anyone else. Now I am able to focus my energy on helping Ian become a better version of himself. However, I must admit, I sometimes revert back to my old thinking, but Chad is there to call me out. In the midst of a frustrating moment, I will lament, “If he didn’t have Down syndrome, he wouldn’t be doing this, or he would be able to do that.” Chad shakes his head at me and then sheds light on the concept of raising a young son. “Lisa, some of what you are seeing with Ian is not Down syndrome. It has more to do with Ian being a boy, or his personality, or the fact that siblings are expected to harass their sisters.” Chad has expanded my lens to view Ian from all different angles, not just the one that acknowledges his different abilities. Even without that dang extra chromosome, he would still likely be a pain in the butt – yet one I adore and could not live without.

“It’s not just about tying the knot, it’s about keeping the knot tight.”